We all have dreams and goals, things we know God has promised us. We start off excited and are making progress, then trouble rises—a sickness, a breakup, we lose a loved one, a contract falls through. It’s easy to get discouraged and think it’s never going to happen. But God doesn’t promise something and then changes His mind. You may not see a way, but God hasn’t run out of options. He is supernatural. He’s in control of the opposition that tries to stop you.

In the Scripture, a child named Mephibosheth was born into royalty, the grandson of King Saul and the son of Jonathan, David’s best friend. But when he was five years old, his grandfather and father were killed in battle. When word reached the palace, the nurse who took care of him picked him up and took off running, afraid that soldiers were coming to kill him. In her haste, she accidentally dropped Mephibosheth, crippling both of his legs. He could no longer walk. Years passed, and instead of living in the palace, Mephibosheth lived in exile in one of the poorest, most run-down cities of that day. It seemed as though it was just bad luck. It wasn’t his fault. Mephibosheth, the grandson of the king, was barely surviving.

One day King David was thinking about his friend Jonathan. He asked his men if any of Jonathan’s relatives were still alive so he could be good to them. A former servant of the house of Saul told David about Mephibosheth, who was now a grown man. David’s men searched through the slums of Lo Debar, found Mephibosheth, and carried him back to David’s palace. I’m sure that Mephibosheth was afraid, thinking that David was going to kill him because his grandfather, King Saul, tried to kill David, but it was just the opposite. David was incredibly kind to him. He said, “From now on, you’re going to live in the palace with me. Every night, you’re going to have dinner at my table. I’m going to restore to you all the land that belonged to your grandfather, King Saul.” Mephibosheth was overwhelmed. He couldn’t believe what was happening.

Today, it may look as though there’s no way that what God promised you can still come to pass. You feel you’ve had too many bad breaks, the odds are against you. If Mephibosheth were here, he would tell you, “Despite what you lost, despite what wasn’t fair, you’re still going to get there. God has the right people already lined up to open doors and make up for what you didn’t get. Favour is coming, healing is coming, breakthroughs, divine connections, and the fullness of your destiny.” 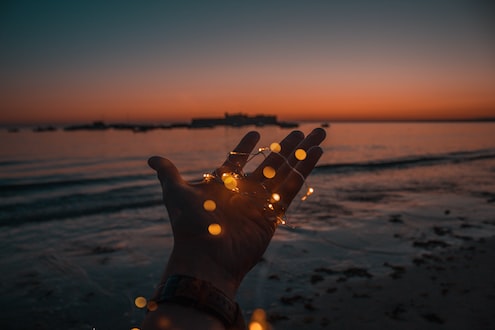