Making room for God to speak

God speaks to us in the cloud and in the storm

Many times in life, the right words can be hard to find.

In troubling situations when parents have lost children, in trying seasons when dreams have died, when questions seem to outnumber answers, disappointment, uncertainty, and discouragement await their opportunity to pounce like predators stalking their prey.

In times such as these, a timely word of encouragement can make a difference, especially when that word comes from our Heavenly Father.

A word fitly spoken is like apples of gold in settings of silver. (Proverbs 25:11)

There’s something that happens when God speaks to His children. We see the tangible change in Elijah after he flees the wrath of Jezebel, Moses after he’s led the Israelites out of Egypt, or even Jonah as he sits dejected, after having successfully accomplished the task God has given him.

We often long for God’s messages to come to us during troubling times. However, we don’t always expect them to come from those around us.

The Lord has words He desires to speak to His followers today. In the midst of temptation, turmoil, brokenness, and despondency, He has the words of life.

How precious also are Your thoughts to me, O God! How great is the sum of them! If I should count them, they would be more in number than the sand. (Psalm 139:17–18)

God has put His thoughts in Scripture and in the mouths of His servants. As believers engage in prayer and the gift prophecy, words of encouragement from the Father begin to flow.

In His mercy and wisdom, God has equipped us with all we need to carry out His plan. He has given His body the ability to access His gifts to build each other up and help one another mature.

As just one of the many spiritual gifts, prophecy is still to be utilised today to lead us into fullness.

While some may think of prophecy as predicting the future, the Bible defines prophecy simply as the testimony of Jesus (Revelation 19:10). And it’s purpose is for the edification, strengthening, and encouragement of the body.

Prophesy can be described as a process of “asking the Lord, hearing His answer, and sharing it in a way that comforts, encourages, and edifies. The simple gift of prophecy is for everyone.

Sometimes we think of prophecy as really big and complicated or scary or weighty when we really need to simplify it—it’s for all of us and all of us can do it. While some may feel pressure when it comes to prophesying over others, let us shift that focus to think differently. I think we feel so much pressure to give the biggest and best, most amazing prophetic word that changes people’s lives and changes their destiny forever, and in my experience, it’s often the weakest simplest word that is the key to someone’s heart, situation, circumstance.

We have to have a deep well in the place of prayer in order to prophesy. One of the things I love about prophecy is it makes me hungry for more of the Word. Of course, the Lord can always come in a wave and allow us to give something we don’t have, but most of the time we’re going to give out of the well that we have.

As Scripture is read, sparking a dialogue, we are tuned into what the Lord is saying, not just about our personal prayer lives, but also for those around us. He cultivates hearts to partner with Him for the lives and destinies of those He’s placed around us and speak words to hearts that are weary, so that they may receive life.

It makes [you] hungry to know the Lord more when you start seeing the Lord working and talking to you. It makes you hungry for more of it. And really, prayer is talking to the Lord, listening to the Lord, and then the prophecy is taking the next step to speak out what you hear to people. So they’re very connected and you can’t separate them.

Let's make space to hear from God and share. 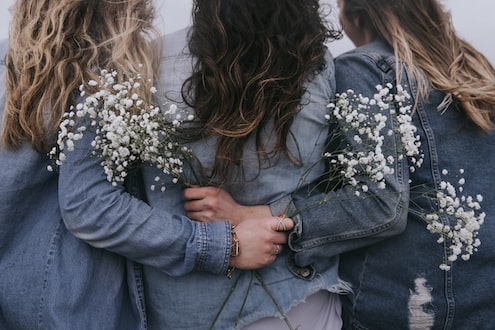