the promise of resurrection

Now after the Sabbath, as the first day of the week began to dawn, Mary Magdalene and the other Mary came to see the tomb. And behold, there was a great earthquake; for an angel of the Lord descended from heaven, and came and rolled back the stone from the door, and sat on it. His countenance was like lightning, and his clothing as white as snow. And the guards shook for fear of him and became like dead men.

But the angel answered and said to the women, “Do not be afraid, for I know that you seek Jesus who was crucified. He is not here; for He is risen, as He said. Come, see the place where the Lord lay. And go quickly and tell His disciples that He is risen from the dead, and indeed He is going before you into Galilee; there you will see Him. Behold, I have told you.”’ – Matthew 28:1-7 (NKJV)

Jesus is risen! Yes, he is risen from the grave! Hallelujah! Today, we celebrate the resurrection of our Lord Jesus Christ.

God sends His only son, in whom He was well pleased (Matt.3:17) into the world to die so that we, his enemies at the time, could live and not be condemned to eternal death.

Jesus’ death was not accidental. It was planned and foretold (Is.53:4-5). His whole mission on earth was to die for us. He laid down his life willingly so he could take it again. It was deliberate and borne out of love for us as John 15: 13 tells us, “There is no greater love than to lay down one’s life for one’s friends”.

Jesus’ resurrection is what completes the story and gives it purpose.

By his death on the cross and his resurrection, Jesus obtained redemption for anyone who believes in him and accepts him as Lord. For such a person, there is no more condemnation (Rm.8:1). You are forgiven, redeemed and set apart for God’s glory. Your name is written in the book of life. Sin has no hold over you; neither does death.

This is what Colossians 2:14-15 says, “having cancelled the charge of our legal indebtedness, which us in the decrees that stood against us and condemned us; he has taken it away, nailing it to the cross. And having disarmed the rulers and authorities, He made a public spectacle of them, triumphing over them by the cross.” 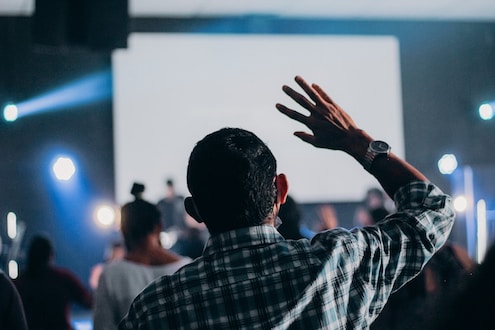