Overcoming rather than being Overwhelmed | Runnymede Christian Fellowship
Follow usSign in

Overcoming rather than being Overwhelmed

God has a breakthrough for you today

And it doesn’t mean that Elisha is asking that his ministry be twice as long as Elijah’s, although, again, it kind of turned out that way. Elijah’s public ministry was 27 years; while Elisha’s was 51.

No. According to the biblical law of inheritance, the heir of a father’s estate received the double portion of the inheritance. So Elisha is simply asking for confirmation that he really is going to succeed Elijah in ministry.

If we are going to move from overwhelmed to overflowing, then we have to move from comparison to contentment. Elisha wasn’t asking to be twice the prophet Elijah was. It wasn’t about comparing his ministry to someone else’s. Elisha was completely content being the prophet God called him to be.

What about you? If you are being honest with yourself, how much of your overwhelm comes from comparing yourself to others? Comparing your kids to other people’s kids? Comparing your vacation photos to other people’s vacation photos. I wonder if in our church life how much of our busyness as a church comes from comparing what our church is doing to what other churches are doing? Friends, you have to be content with who God has made you to

be in Christ. God doesn’t want your imitation of anyone else in the kingdom.

It’s worth pointing out here that Elisha immediately began operating in the power of the Spirit once to took over the mantle from Elijah. And the vast majority of the miracles God performed through him were for the benefit of other people. That by itself is a lesson for us—that when we receive “a double portion” of God’s spirit, it isn’t for our benefit. It is for the benefit of others. We are blessed to be a blessing. And one of the first encounters Elisha has is with someone who also went from overwhelmed to overcoming (by literally overflowing)

Elisha is approached by the wife of one of the prophets Elisha was mentoring.

4 Now the wife of one of the sons of the prophets cried to Elisha, “Your servant my husband is dead, and you know that your servant feared the LORD, but the creditor has come to take my two children to be his slaves.” 2 And Elisha said to her, “What shall I do for you? Tell me; what have you in the house?” And she said, “Your servant has nothing in the house except a jar of oil.”

This widow is in pretty dire straits. Her husband has died, there are bills to pay, and the creditor is coming to take her two children to be slaves until the debts can be paid. And the only thing the woman has of any value is one jar of oil.

It would be easy to complain here, wouldn’t it? What would you do? Some of you have been there. Some of you are there right now. Your credit cards are maxed out, you are underwater on your mortgage.

3 Then he said, “Go outside, borrow vessels from all your neighbours, empty vessels and not too few. 4 Then go in and shut the door behind yourself and your sons and pour into all these vessels. And when one is full, set it aside.”

The woman tells Elisha that all she has is one jar of oil. Notice what Elisha doesn’t say. He doesn’t say, “Well, start cutting back. If the recipe calls for half a cup of oil, use a quarter cup and mix it with water. I know the bread won’t taste as good, but let’s see how far we can stretch it.” He doesn’t say, “Ok, let’s sell that, and then we will adjust our budget to make ends meet.”

Instead, Elisha says, “Take what little you have, trust God with it, and see what happens.” And God performs a miracle with it! The woman humbly goes to her neighbours and asks for every container they have. Big ones, small ones, tall ones, short ones. It had to look like a middle eastern Tupperware party on her kitchen table. And it must not have made a lick of sense to her. She might have been thinking to herself, “Maybe he didn’t hear me right. I didn’t say, “I have so much oil that I’ve run out of containers.” This is ridiculous.

But she goes and borrows every bowl in Palestine, and look what happens…

5 So she went from him and shut the door behind herself and her sons. And as she poured they brought the vessels to her. 6 When the vessels were full, she said to her son, “Bring me another vessel.” And he said to her, “There is not another.” Then the oil stopped flowing. 7 She came and told the man of God, and he said, “Go, sell the oil and pay your debts, and you and your sons can live on the rest.”

Isn’t it interesting that God’s blessing didn’t stop flowing until she ran out of things to put it in? That’s a huge lesson for us! Why would we submit such an aggressive budget? Why would we have so many line items? Why would we be planning so many events? Why are we looking to take on an overseas mission project? Because we believe that God is able to fill up every container we bring him. We believe that if God chooses to stop blessing our church, it won’t be because He’s run out of blessing, but because we’ve stopped bringing him vessels to put it in.

So here is our lesson: In order to move from overwhelmed to overcoming, we have to move from grumbling to gratitude. Philippians 2:14 encourages us to “do everything without grumbling or complaining.” Instead of stressing out about what we don’t have, express our gratitude for what we do have by being generous with it. Place it in God’s hands, and watch what He does with it. Psalm 13:6 says, “I will sing to the Lord because He has dealt bountifully with me.” God doesn’t cut corners when He blesses us. He deals bountifully with us! And when we are rooted in him and established in him, then we can overflow with gratitude (Col. 2:7) 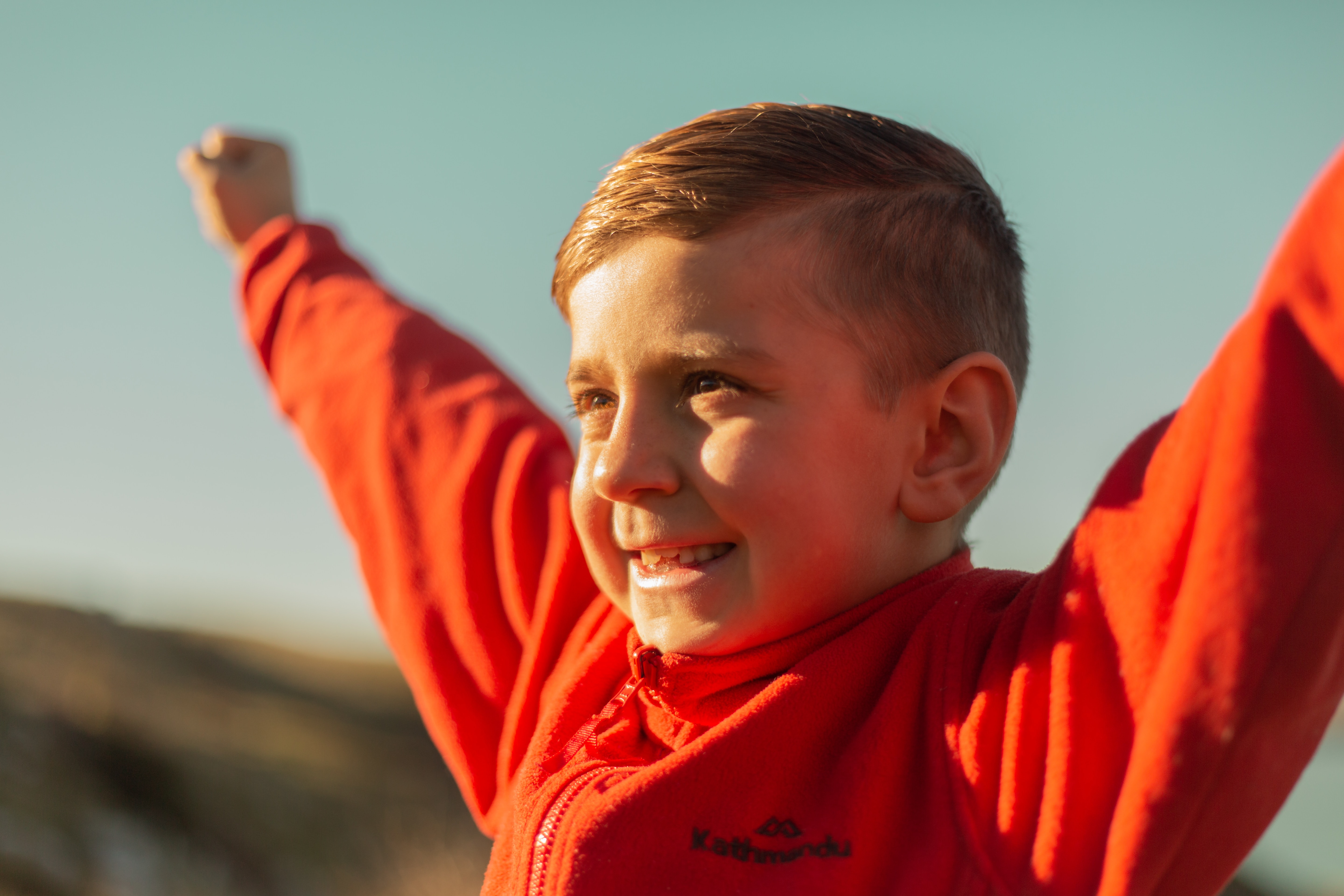