Baptism made a difference | Runnymede Christian Fellowship
Follow usSign in

Baptism made a difference

Baptism isn't where you find Jesus; it's what you do once you've found him. But that doesn't answer the question, "Why would Jesus seek to be baptized by John?" I think it's important that we realize John didn't just come up with this baptism idea on his own. There's a story behind this story.

We have two key players here: Jesus and his cousin, John the Baptist. John's ministry was to prepare the way for the Messiah. His message was simple and straightforward: "Repent, because the kingdom of heaven has come near!" (Matthew 3:2). When people repented, he baptized them. The Jewish people were looking for a deliverer to make things right in their country. They were a people whose land was occupied by an oppressive foreign government, and they longed for freedom. But it was more than that. It was a people whose relationship with God had grown cold.

God had chosen their forefather Abraham to be the patriarch of His people hundreds of years before. Like many relationships, it started out strongly but through the years complacency set in. Familiarity breeds contempt, they say. Israel started taking God for granted, and God won't tolerate that for long in a relationship with us.

A brief history of God's relationship with Israel: God blesses and Israel enjoys, Israel be-comes complacent, takes God for granted, and turns her back on Him. God gets Israel's attention through tragedy. The Israelites repent and the relationship is restored. And then the cycle begins anew. John the Baptist comes along during a down cycle of Israel's relationship with God. They had become complacent, take God for granted and turned their backs on Him, and God had allowed them to experience discomfort in order to get their attention. (Honestly, He does that with us sometimes too.)

And because God had always provided a deliverer in the past, people like Moses and David, there was great anticipation for the next manifestation of a deliverer. John, as the preparer of the way, says what has to be said, "Repent, because the kingdom of heaven has come near!" It makes perfect sense, doesn't it? The people had to turn their hearts back to God in order to experience deliverance. This occupation by a foreign conqueror is the method God is using to get their attention. And John uniquely adapts a common practice of his day to teach his people about humility, commitment and identification.

So why was Jesus was baptized; His was a baptism of humility. If you'll recall, amidst the protestations of John the Baptist, Jesus explains why He has come for baptism. Matthew 3:15, Jesus answered him, "Allow it for now, because this is the way for us to fulfil all righteousness." Then he allowed Him [to be baptized]. Je-sus humbles Himself to do what God asks - it's obedience to God. Jesus does this because God requires it. He lived a life of complete obedience to God - that's why we can say about Jesus, and no other person who ever lived, that He was sinless. I can't say that, and you can't say that; only Jesus can.

Obedience to God is all God's ever asked for. Back when God was getting this whole thing started, He had a conversation with Abraham where He said, "I am God Almighty. Live in My presence and be devout. 2I will establish My covenant between Me and you, and I will multiply you greatly" (Genesis 17:1-2).

One of the most powerful expressions of this is found in Philippians 2:6-8. Speaking of Jesus it says, who, existing in the form of God, did not consider equality with God as something to be used for His own advantage. 7Instead He emptied Himself by assuming the form of a slave, taking on the likeness of men. And when He had come as a man in His external form, 8He humbled Himself by becoming obedient to the point of death -- even to death on a cross.

This was also a baptism of commitment. This launched Jesus' ministry that would eventually lead to the cross. He knew where this thing was headed. For three and a half years, Jesus did His thing and it ended with crucifixion. This inauguration began that process. It was a commitment to God's plan and you and me. Finally, Jesus' was a baptism of identification: he affirmed John's ministry and identity with the people He'd come to save.

Jesus took this step of obedience to show us the way - to identify with those of us who do need to repent and turn back. Humility, commitment, and identification: that's really what baptism is all about. But what does that mean for me and you?

It's also an act of commitment and identification. When you're baptized and people see you, the expectation level goes way up. People will expect you to walk the talk. You're identified with Christ, and just like He was baptized to identify with us, we're baptized to identify with Him. He was buried and rose again, and guess what? We get buried under the water and we rise again . . . unless you slip or somebody pays me to keep you under a while, but that doesn't usually happen because it really messes up the identification piece.

Do you remember what happened when Jesus came out of the water? Matthew 3:16-18, 16After Jesus was baptized, He went up immediately from the water. The heavens suddenly opened for Him, and He saw the Spirit of God descending like a dove and coming down on Him. 17And there came a voice from heaven: This is My beloved Son. I take delight in Him! Humble obedience and commitment to God and identification with God always lead to His affirmation . . . Always. 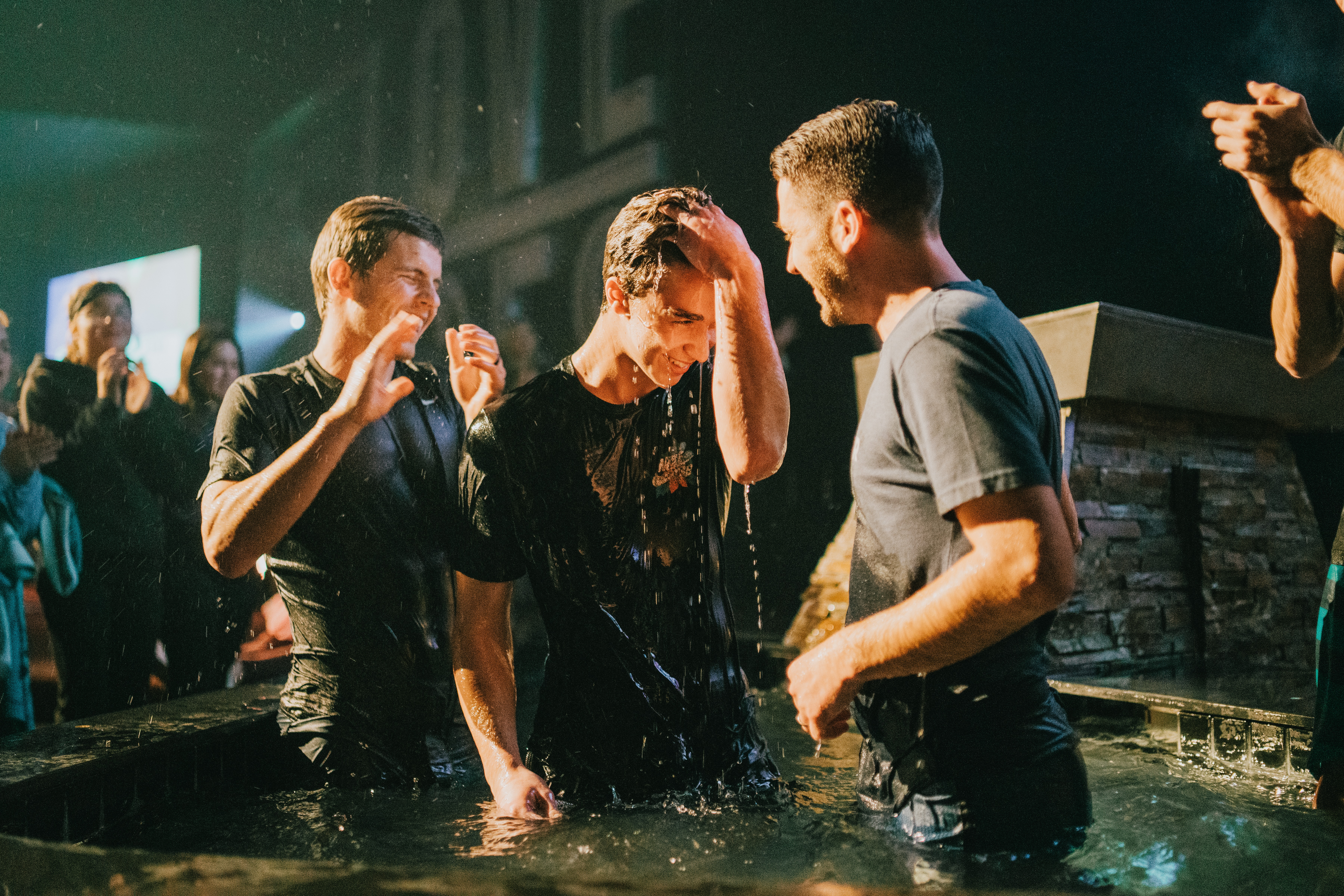